The forum will be held in compliance with all precautionary measures in accordance with the requirements of the Ministry of Health.
Location: Veliko Tarnovo, Bulgaria (Wikipedia)
LIVE TV broadcast on the Internet of all concerts on the website of "EuroFolkTV" - tv.eurofolk.com.
Organizers:
European Association of Folklore Festivals - EAFF,
Euro Folk Academy,
Municipality of Veliko Tarnovo and other.
Within the framework of Musical Feasts "Euro Folk".
Main event of Musical Feasts “Euro Folk” is No 1 Festival in Europe for the traditional folklore arts – Stara Planina Fest “Balkan Folk” in Bulgaria. Every year from 7 000 to 15 000 musicians, singers and dancers take part in it. Participants in Stara Planina Fest "Balkan Folk 2021" have the right to take part in the National Championship of Folklore "Euro Folk 2021".
Along with the National Championship of Folklore "Euro Folk 2021"  is held also the World Cup of Folklore - Veliko Tarnovo 2021, Bulgaria.
Participants in the Championship will be able to take part in World Cup of Folklore - Veliko Tarnovo, Bulgaria with paid participation fee.
All performances are recorded with professional audio and TV equipment and the best of them are repeatedly broadcasted by more than 50 cable and satellite televisions, as well as by the Television "EuroFolkTV", specialized in the broadcasting of folklore content.
All of these activities realize the main purpose of the European Association of Folklore Festivals - EAFF to promote traditional folklore arts through the enormous possibilities of massmedia. Maintaining the diversity of the main traditional values ​​and identity of different nationalities, guarantees the evolution of humanity.
Town host - Veliko Tarnovo, Bulgaria
Veliko Tarnovo (in Bulgarian: Велико Търново) is a town in the north central Bulgaria and the administrative centre of Veliko Tarnovo Province. Often referred to as the "City of the Tsars", Veliko Tarnovo is located on the Yantra River and is famous as the historical capital of the Second Bulgarian Empire, attracting many tourists with its unique architecture. The old town is situated on three hills, Tsarevets, Trapezitsa and Sveta Gora raising amidst the meanders of the Yantra river. Tsarevets housed the palaces of the Bulgarian Emperors and the Patriarchate with the Patriarchal Cathedral, as well as a number of administrative and residential edifices surrounded by thick walls. Trapezitsa was known for its many churches and as the main residence of the nobility. In the Middle Ages it was among the main European centres of culture and gave its name to the architecture of the Tarnovo Artistic School, painting of the Tarnovo Artistic School and literature.

Main task of the organizers is to ensure the creative groups an access to the stage, to gather them in a competition program aimed at defining the best ones and to popularize the award winners of the Championship by broadcasting their art in Bulgarian and the European TV air.
National Championship of Folklore "Euro Folk 2021” is organized by EAFF and other organizations within the scope of Musical Feasts "Euro Folk" – The World is Television.
International participants can participate only if they present Bulgarian folklore according to the categories.
To enter the contest the participants must be accredited, which is realized under the following conditions:
Contest system includes the following categories:
A) Groups for folklore songs, authentic folklore; (choirs and choirs with accompaniment)
B) Groups for folklore songs, modern arrangement of folklore music; (choirs and choirs with accompaniment)
C) Folklore dance groups, authentic folklore; (folklore dance groups, ensembles)
D) Folklore dance groups, modern choreography; (folklore dance groups, ensembles)
E) Folklore ensembles  (mixed), authentic folklore; (live vocals, instrumentals and dances)
F) Folklore ensembles (mixed), processed performances; (live vocal, instrumental and dance)
G) Folklore and Classical instrumental groups; (ensembles, orchestras)
H) Folklore groups for recreating customs - replicas; (folklore groups, ensembles)
I) Groups for old urban songs or Classical music. (groups, ensembles)
*i  individual performers and duets by all categories exept E,F,H;
*1  by all categories there is also ranking of children and young people up to 18 years. /in children's and youth groups can participate up to 30% of participants from different age /
*2  by all categories there is ranking adults people up 18 years.
During the National Championship of Folklore "Euro Folk 2021” studio audio recordings and filming of professional video clips of the participants' program will be done free of charge of those performances awarded by the jury or with payment.
The jury evaluates by the following 3 criteria:
1. Level of complexity and technique of performance
2. Appearance (costumes, properties, staging, selection of repertoire)
3. Stage manners (behavior on stage, gestures, contact with the audience, spirit emanation, artistry)

The duration of the program should not exceed 10 minutes.
It is desirable by post or e-mail, to the address of EAFF, to send the last released album of the participant (the group) or demo records of not less than two performances. It is desirable that the application form has an added annotation about the participant and advertising materials – photos. Sent material are not a subject of return.
During the participation of the group in the championship the organizer could invite it to take part in general events such as Official Opening, Official Closing, cocktail party and others.

Winners of first awards in the relevant categories get also diplomas of the National Championship of Folklore for the relevant category. The champions obtain golden medals, winners of second and third place get silver and bronze medals. At jury’s decision in the categories could be given additional golden, silver and bronze medals with the relevant diplomas.
The jury awards the best performances with a free of charge shooting and producing of a free video clip.
All the participants are granted with diplomas for laureates, certificates and gifts. Awards are granted on a ceremony.

All award winners get a free of charge copy of the TV product, which consists of their performances, and has been broadcasted in Bulgaria or in Europe.
The participants can order full recordings of their performances, including video clips, CD and DVD with additional payment. These products have the right to be broadcasted in the relevant country.
The jury consists of 3 people.
Championship categories are consistent with the categories of the World ranking list of folklore.
In the National Championship of Folklore may participate 20% of participants from other countries.
Collected points standings with odds for a National Championship.

Points valid for World ranking list of folklore.
Unambiguous text: The collectives or presenting organizations, if approved by the jury to participate in the Championship, give the organizers the right to be recorded on video and audio, arranged in a program, presenting the fest and broadcasted by a TV channel or in some other way, for which a contract agreement will be signed.
Unambiguous text: Teams from another country can not participate in the second round, unless they compete and perform Bulgarian folklore.

(for participants and accompanying persons)
Every 25 participants one is welcome to join in for free. (25+1)
(paying goes in several month payments till departure time) 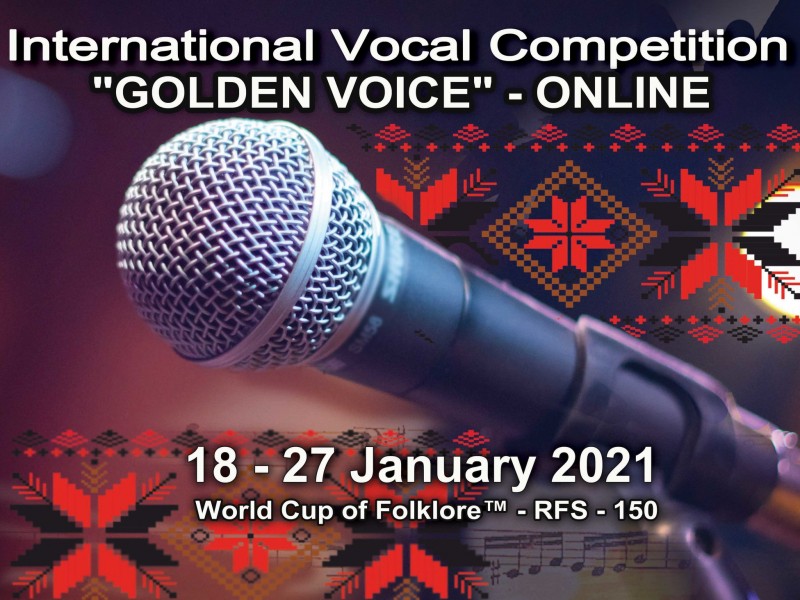 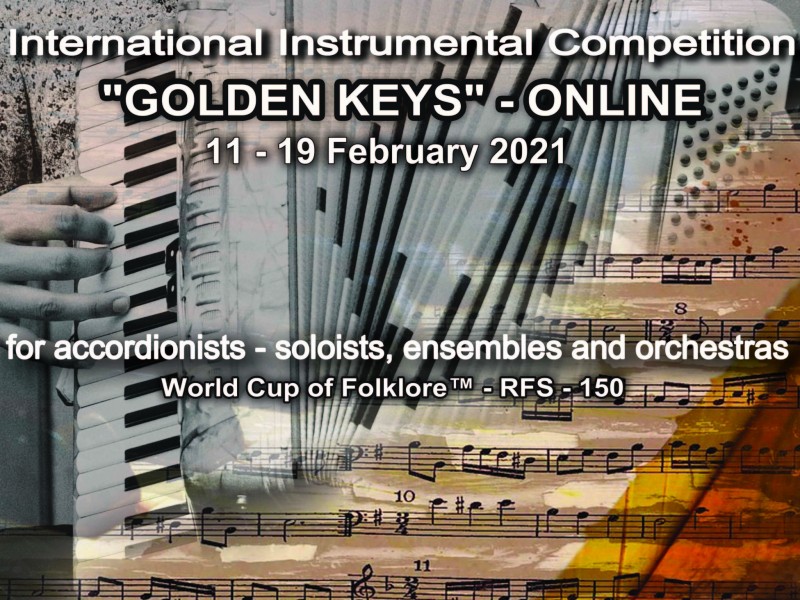 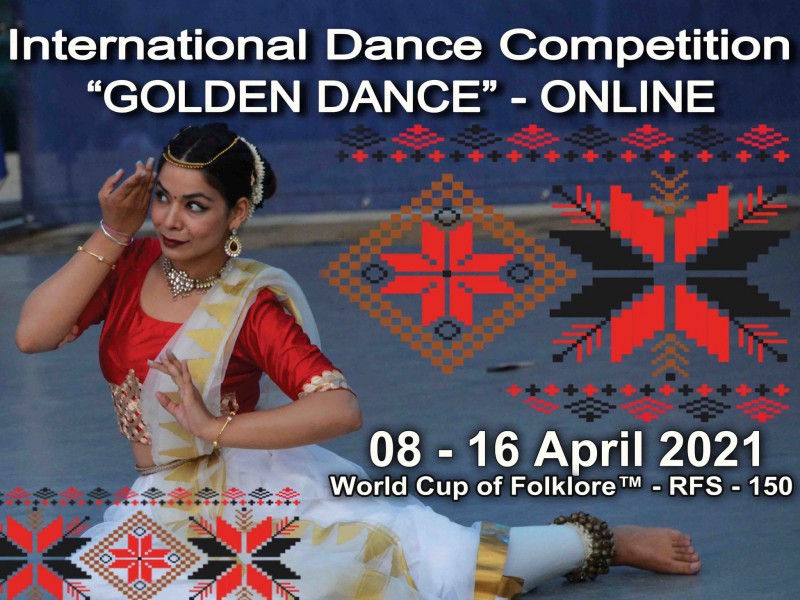 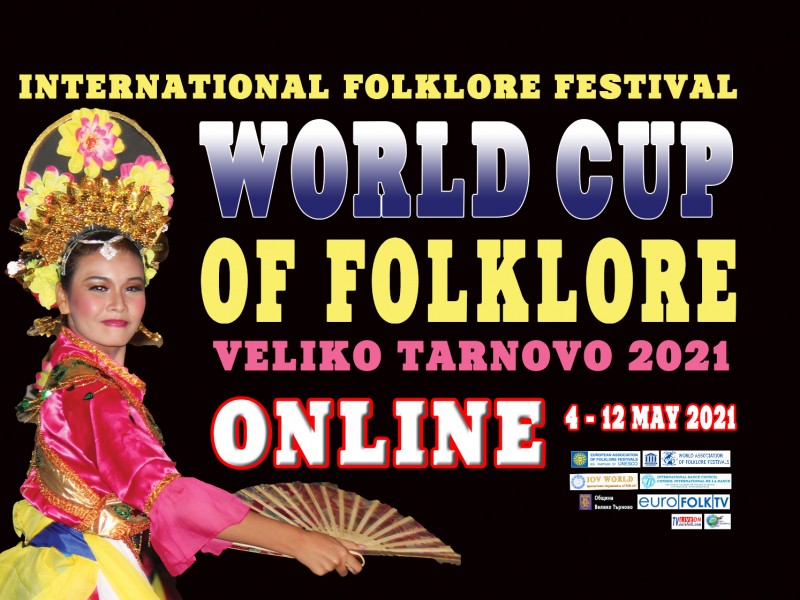 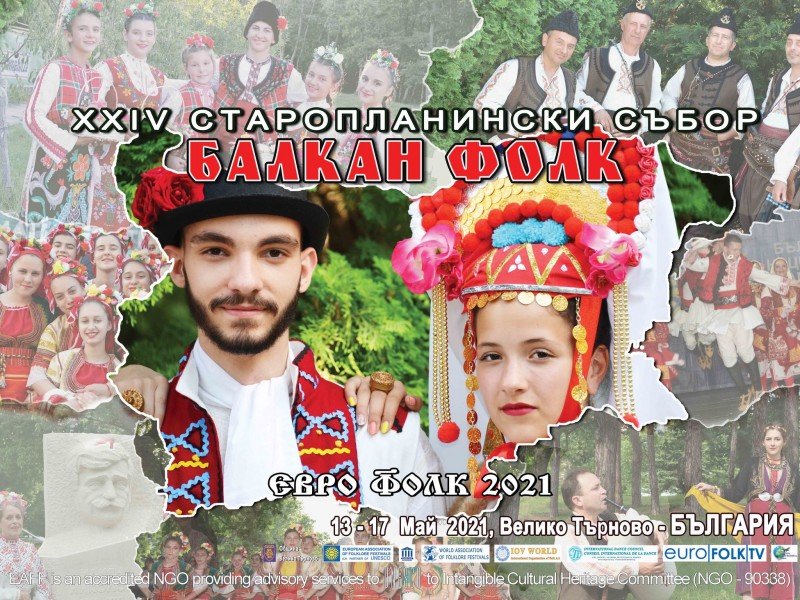 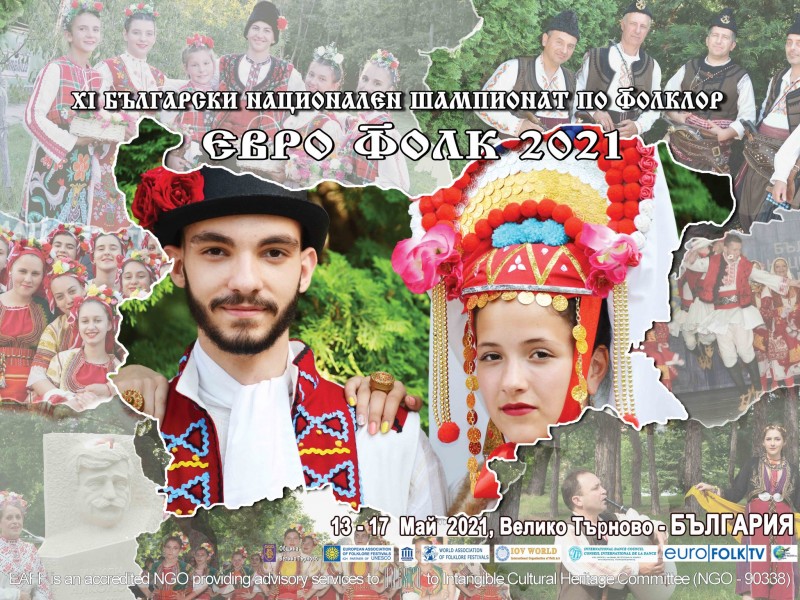 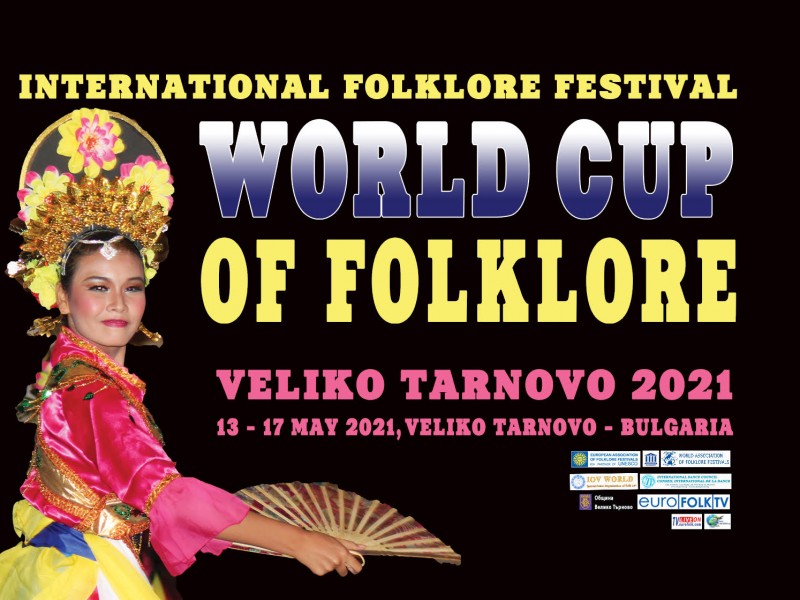 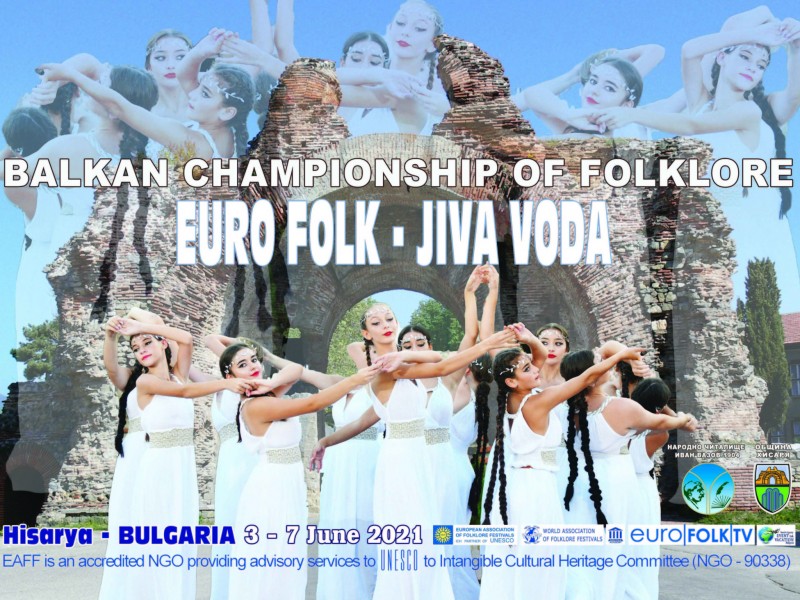 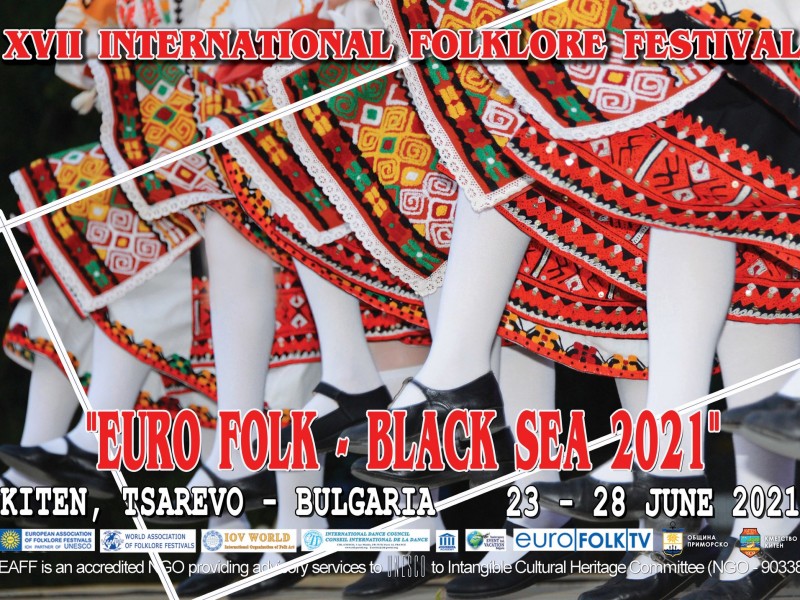 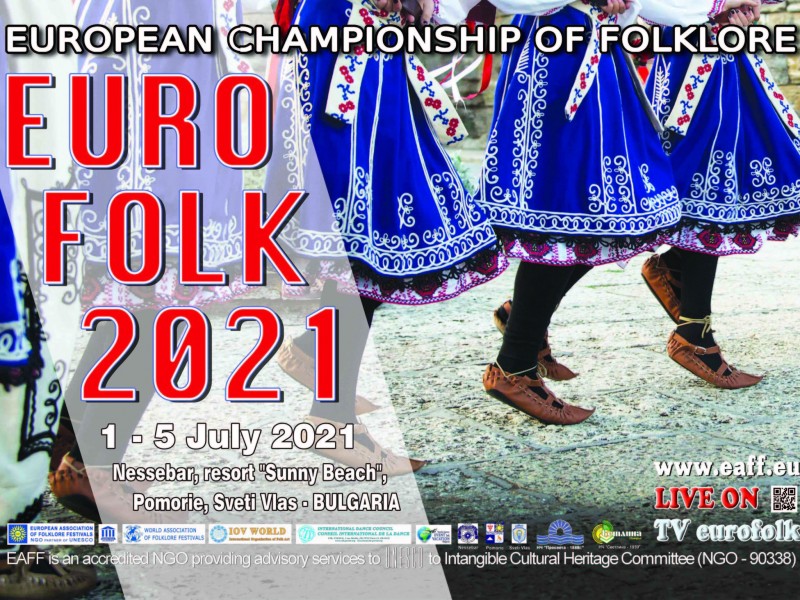 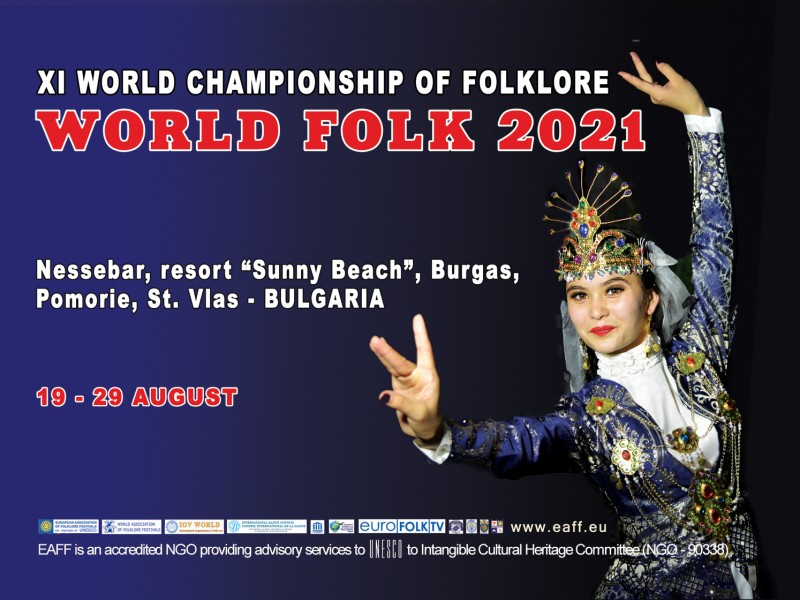 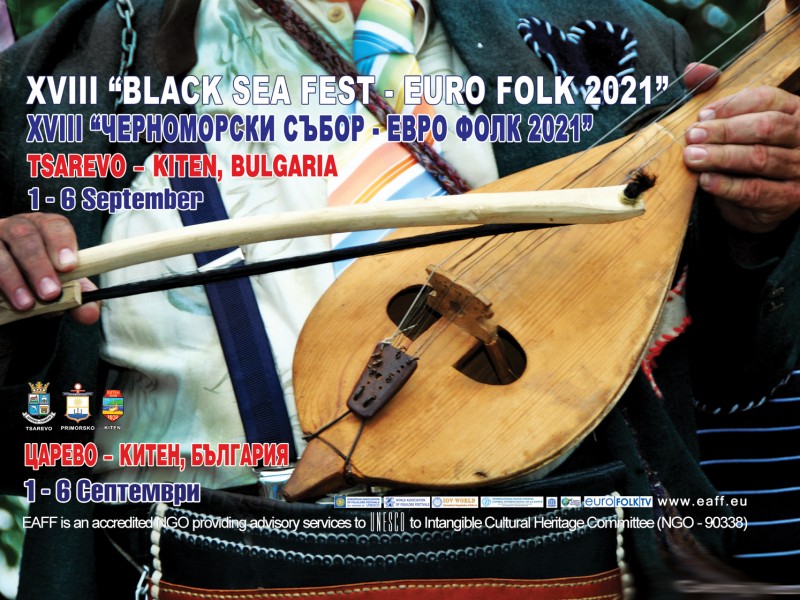 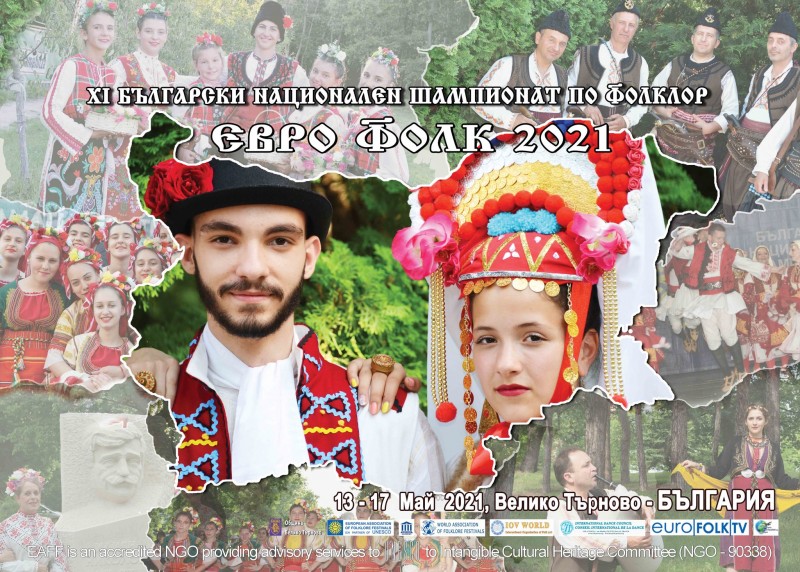