Location: Nessebar and the resort complex “Sunny Beach” (Wikipedia)
The World Championship of Folklore "World Folk 2020" is organizing by
The World Association of Folklore Festivals - WAFF,
The European Association of Folklore Festivals - EAFF,
World Folklore Academy, Event Vacation.
With the support of:
UNESCO, IOV-WORLD, CID-UNESCO
Municipalities of Nessebar, Burgas, Pomorie, Sveti Vlas
Basic Information
A special feature of the World Championship of Folklore "World Folk" is that all performances are recorded with professional audio and television equipment and the best of them are repeatedly broadcasted by 20 cable televisions in Bulgaria, by satellite televisions "Travel TV", "Rodina TV" and "Heros TV" with coverage across Europe, as well as by the Web Television "EuroFolkTV" at tv.eurofolk.com  With these activities the main goal of the World Championship of Folklore "World Folk 2020“ is being realized and that is to protection and popularize the traditional folk arts through the enormous possibilities of mass media.
The concerts of the World Championship of Folklore “World Folk 2020” are broadcasted live on the World Web Television “EuroFolkTV”.
The marks of the participants appeared in the competition program of the World Championship of Folklore "World Folk 2020" are valid for ranking in the World ranking list of folklore.
Nessebar: Ancient city of Nessebar is in the World Heritage List of UNESCO. Nessebar is one of the oldest towns in Europe, established before more than 3200 years. According to data, the legendary author of fables Aesop was born in Mesambria / Nessebar / around 620 BC. In the ancient part of the town there are 42 churches, built from IV till XVII centuries. The isthmus connecting the old with the new part is 400 m long. In the middle of the isthmus is the old mill of the town, which currently is a tourist attraction. After the Constantinople has fallen, descendants of the Byzantine emperors of dynasties and Kantakuzin and Paleologos are living here on these lands so far.
Tourist resort of Sunny beach: On the territory of Sunny Beach resort are located more than 200 3, 4 and 5 stars hotels, and more than 100 amusement facilities, including the largest aqua-park in the Balkans - "Action Aqua-park". The complex is similar to Las Vegas with its noisy discos and casinos. This is the most visited destination that attracts many tourists from all over the Europe.
Sunny beach is the first Bulgarian resort certified with the "Blue Flag" еco prize. Average monthly temperature in the high tourist season is 25-26 degrees.
Sveti Vlas: 10 km away from historical Nessebar. The settlement was founded in the 2nd century by the ancient Thracians. Then it bore the name Larissa, in the 14th century took the name of Sv. Vlas - patron of traders, farmer and healer. Sv. Vlas is a revered saint of the Catholic and Orthodox Churches. In 2007, the biggest marina in Bulgaria was constructed in Sveti Vlas. The marina has a capacity for 300 yachts. The beach of Sveti Vlas is facing south. The sand is fine and golden.
Burgas: The largest city in Southeast Bulgaria and the second largest city on the Bulgarian Black sea coast. In the water area of the Burgas Bay is located the Black Sea island of St. Anastasia.
There are artifacts found dating back 6000 years BC, 6th century BC Thracians settled the area. Between 383 and 359 years BC the settlements around Burgas are under the control of the Thracian king Cotys I. Followed by Philip II of Macedonia, King Darius I, Odrysian kingdom, Roman empire, Byzantium. Burgas lake complex is located on a migratory route Via Pontica and is a place with bottleneck for migratory soaring birds of a significant part of Northern, Eastern and Central Europe. 300 000 storks and 60,000 raptors fly over the lakes annually during the autumn migration. This is the place with the greatest concentration in Europe during the migration of the pink and the Dalmatian pelican.

Main task of the organizers is to allow the expression of the creative groups and their incorporation into a competitive program, defining the best of them and promoting the winners by broadcasting in the European and World television air.
To enter the contest the participants must be accredited, which is realized under the following conditions:

Accommodation in Hotels: Government base "Sunny Beach", Camelot Residence***, Sea Grace*** and others

For example for a group, consisting of 26 people for staying in a hotel with spending the night, breakfast and dinner,

This amount must be transferred via the mentioned bank account. The discounts shall be rendered at the final paying off.
Registration is done on the basis of applying for participation by the team.
After confirming the application must be paid an advance guarantee 10% payment from total sum.
Registration of the participants at their arrival will take place in  Government base "Sunny Beach", "Sunny Beach" Resort, Bulgaria.

Any group willing to participate must submit an Application form.
Approved groups pay in advance a 10% guarantee fee, which is to be deducted at the final payment.
As a next step participant transfers a payment of 20% for booking the accommodation.
Rest of the amount 70% - 15 days before start of festival, or upon registration with permission of the organizers.
All bank charges are borne by the sending country.
Completed and signed applications shall mean acceptance of the conditions laid down in this Regulation.
Unambiguous text: At approved by the jury participation in the Championship, the teams or the representing organizations give the organizers the right to be recorded on audio and video, arranged in a program, presenting the festival and broadcasted by a TV channel or otherwise, for which a contract is signed. 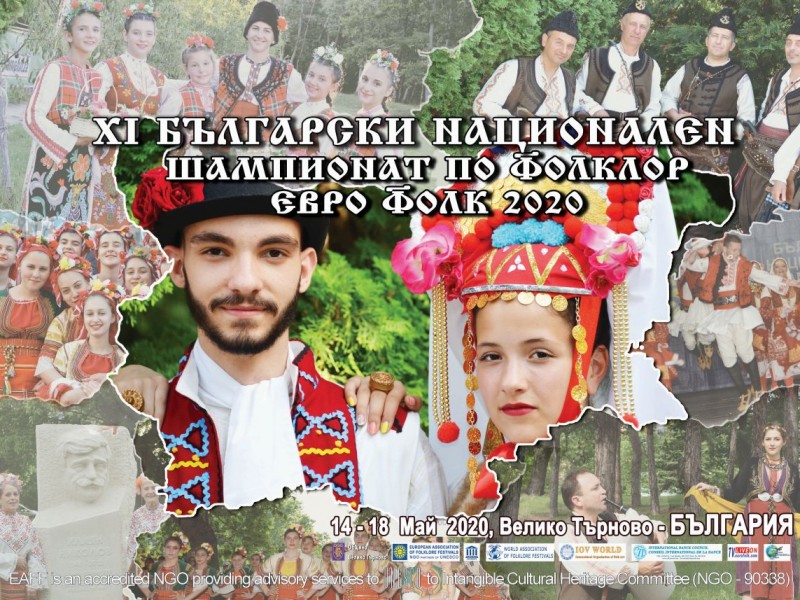 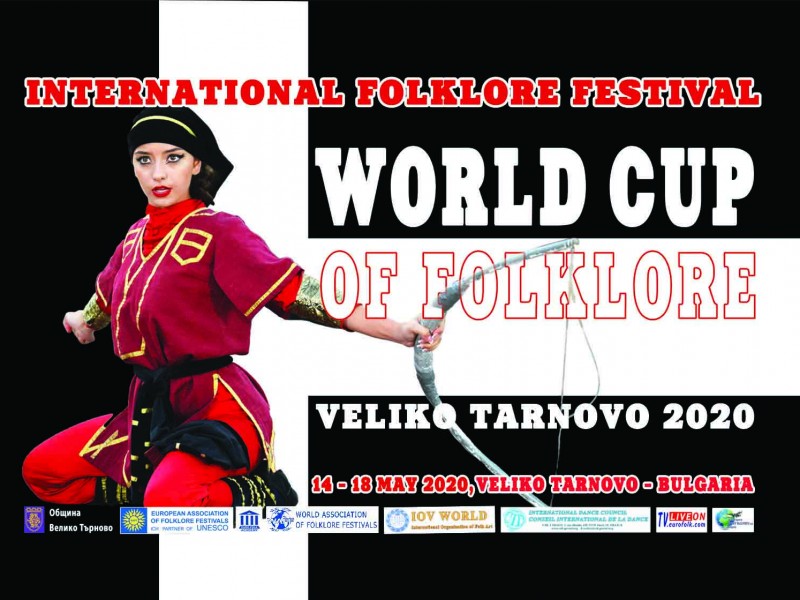 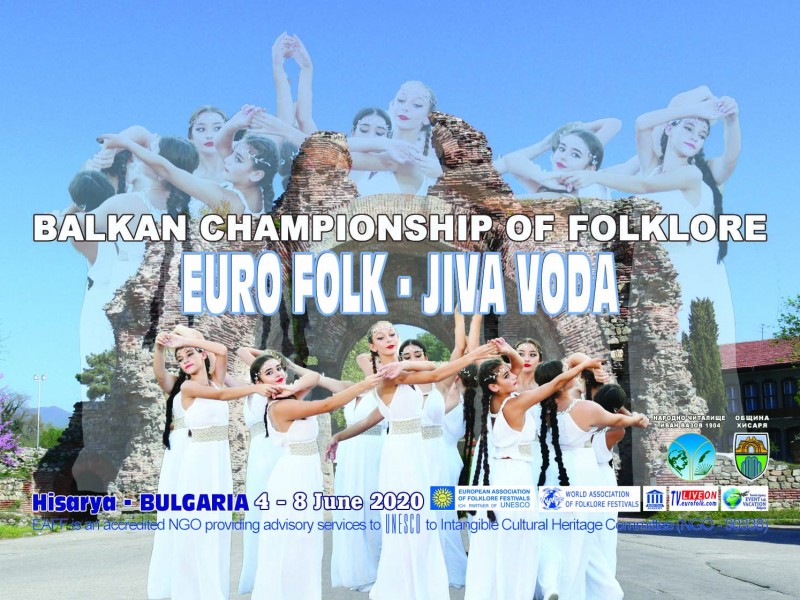 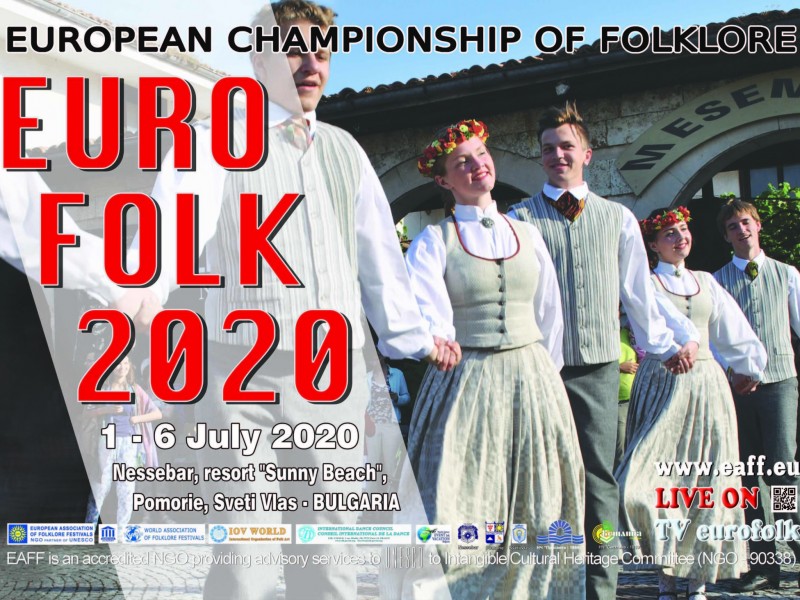 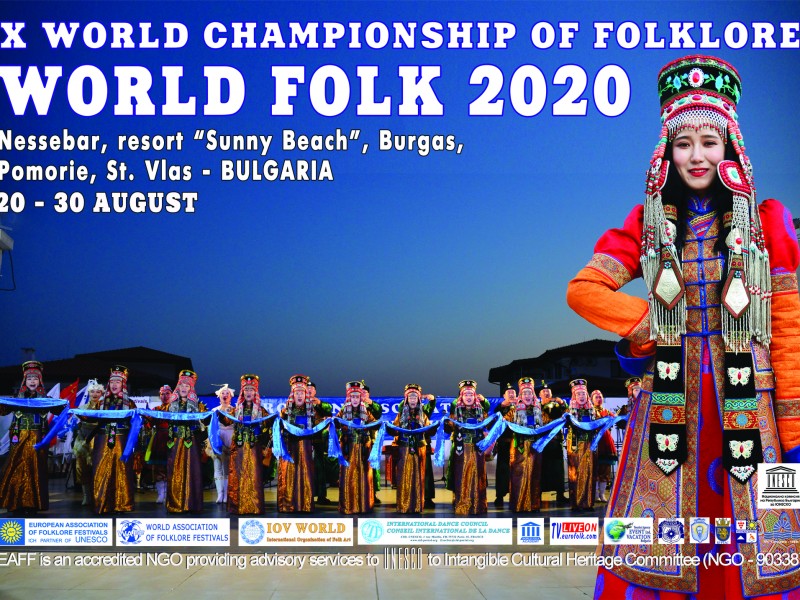 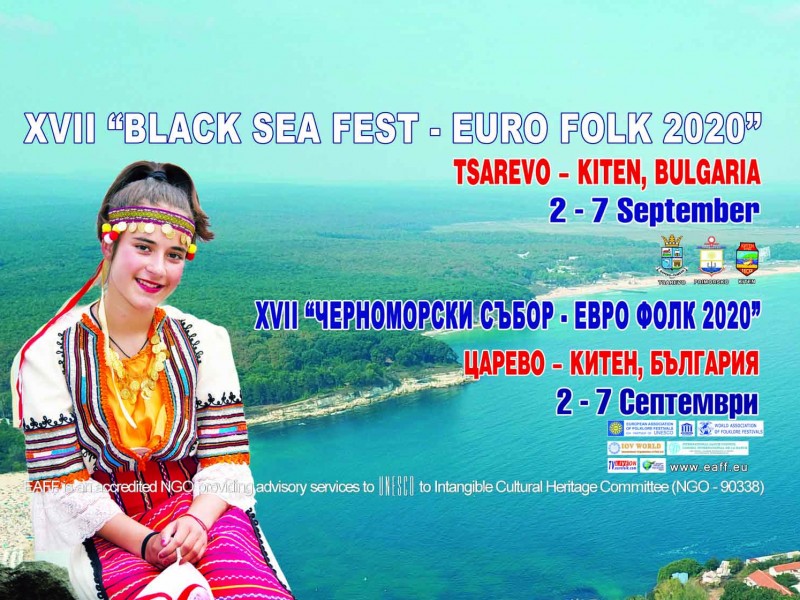 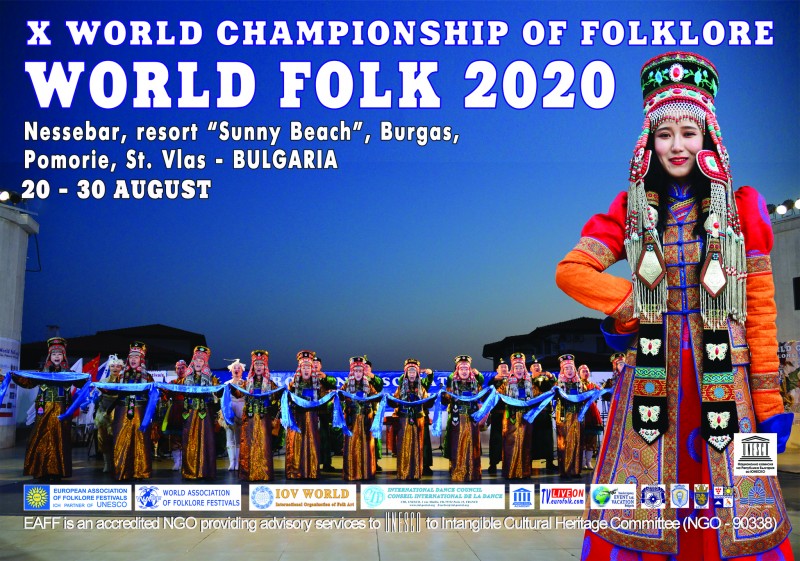 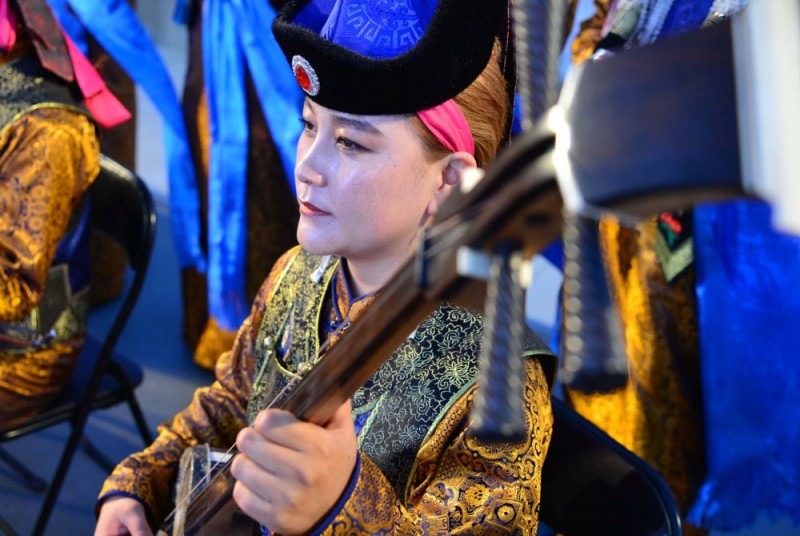 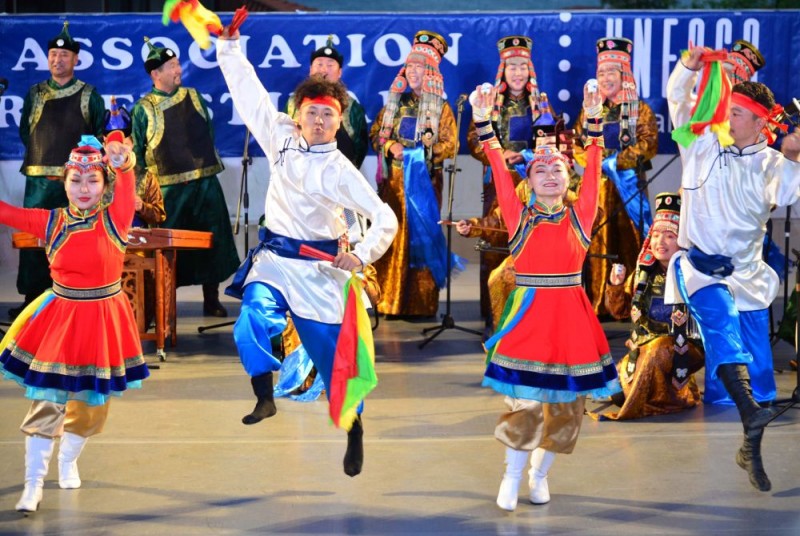 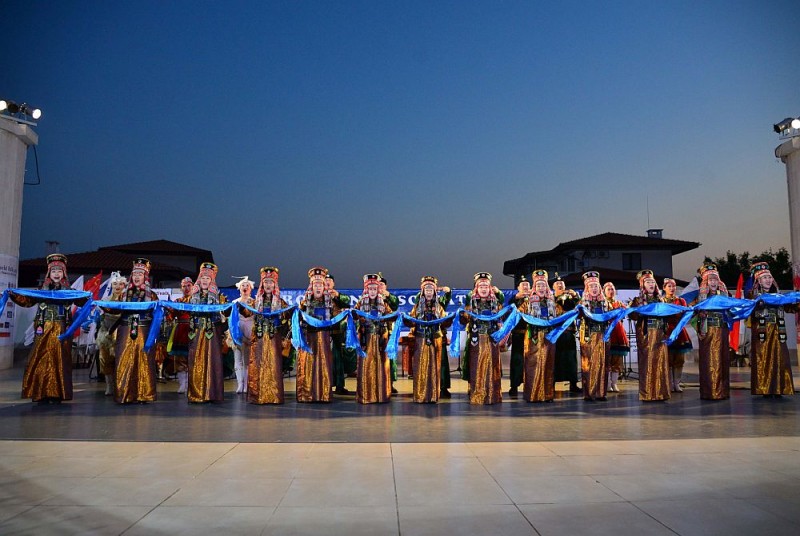 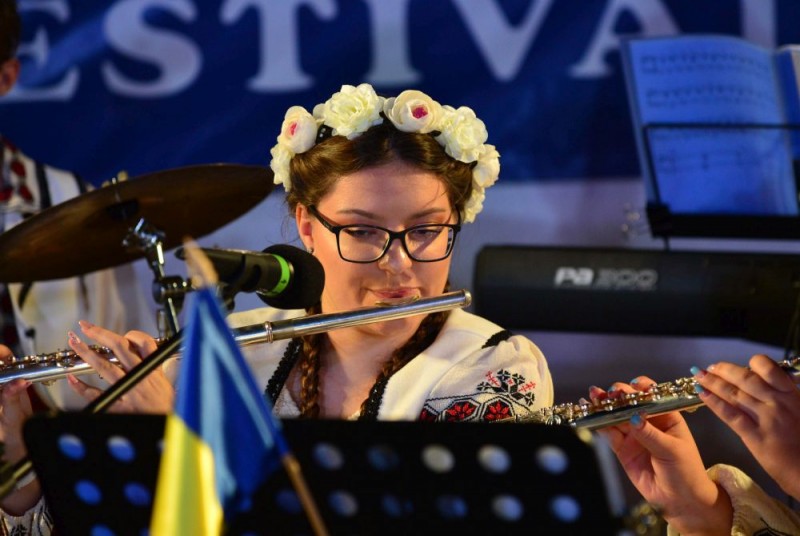 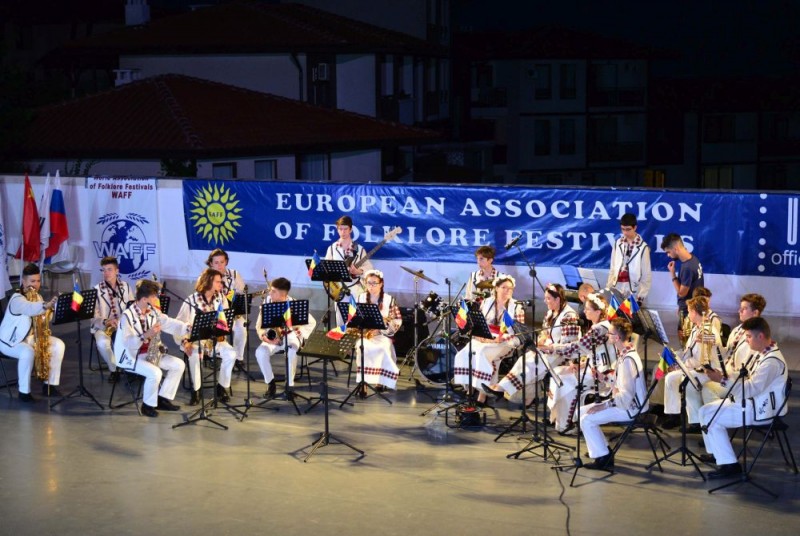 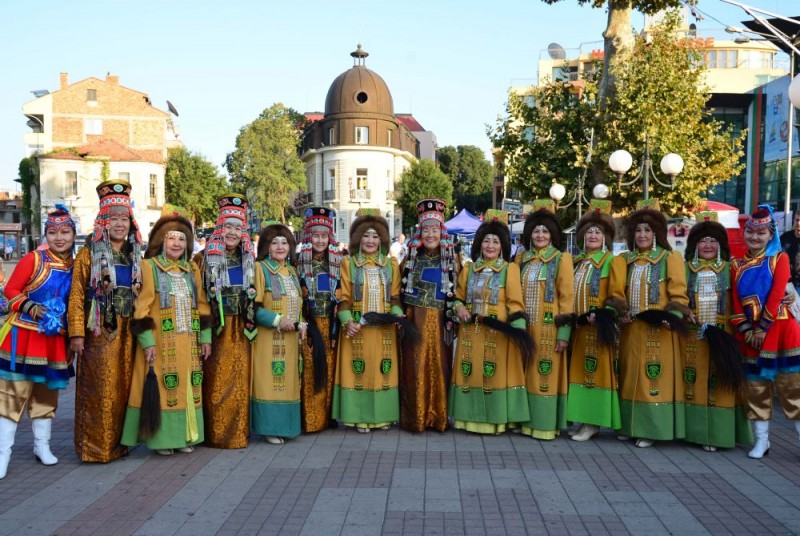 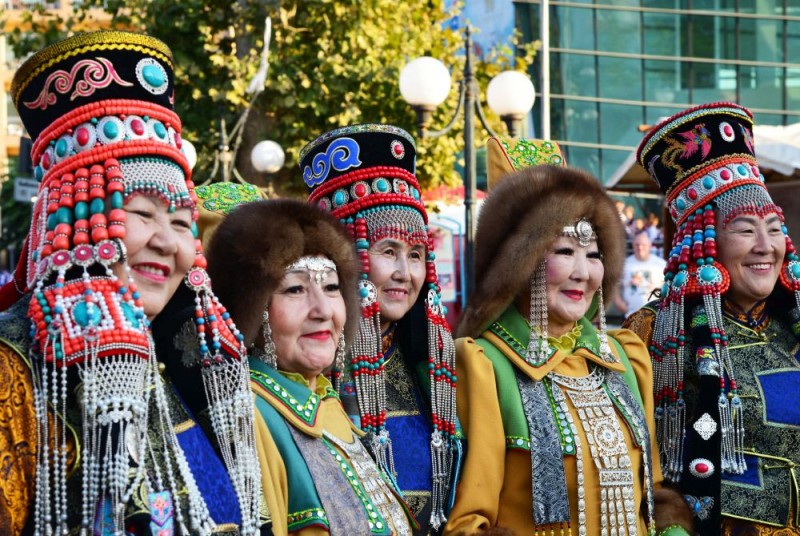 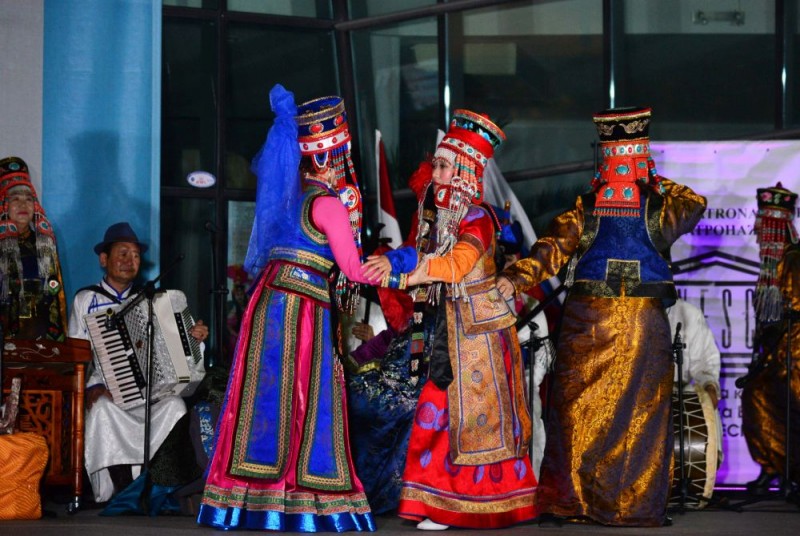 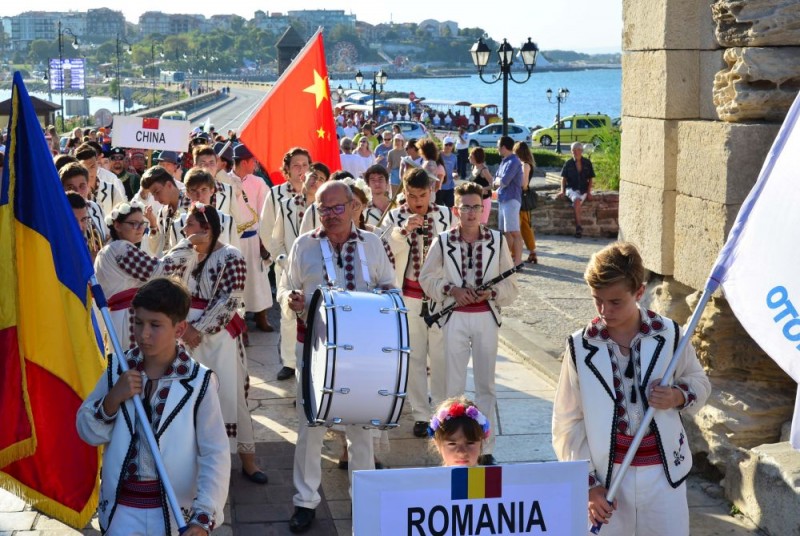 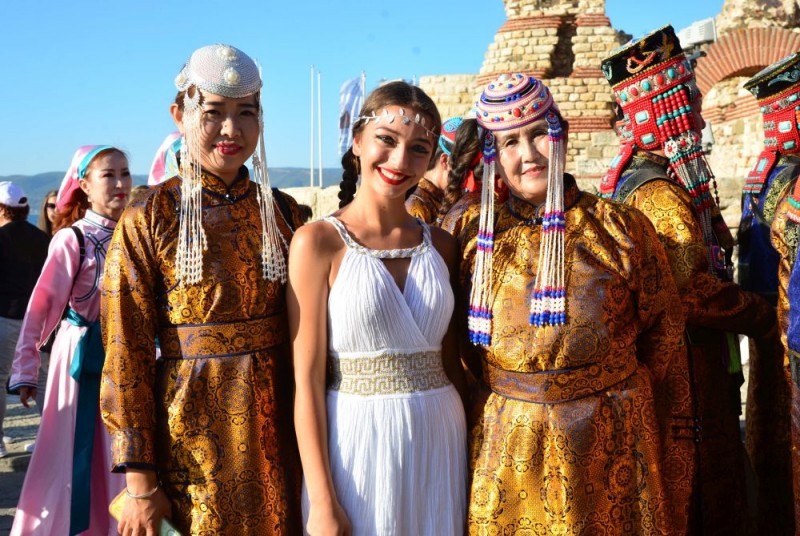 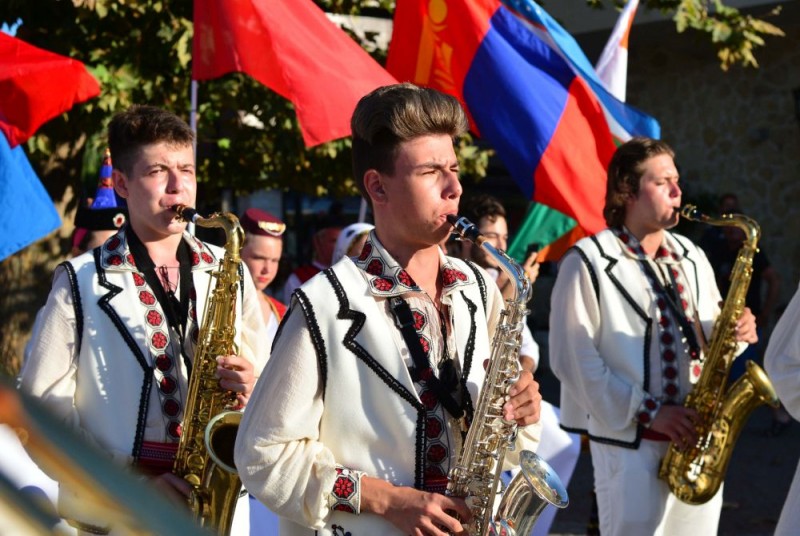 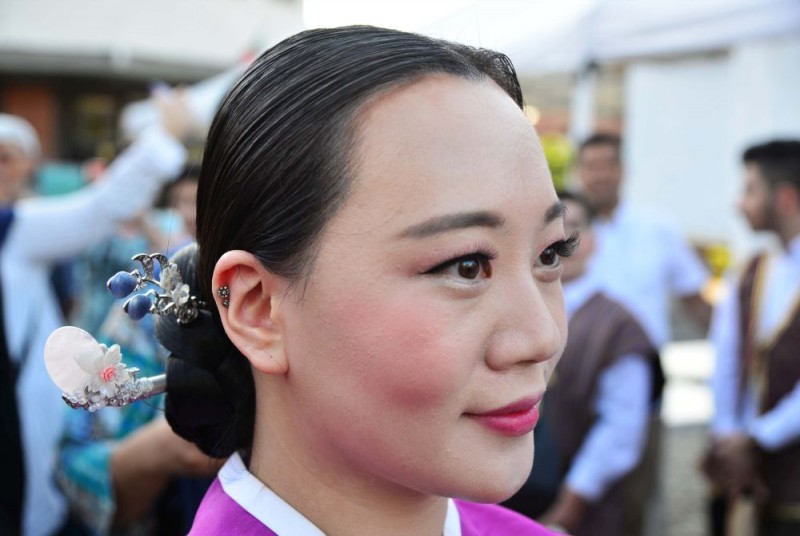 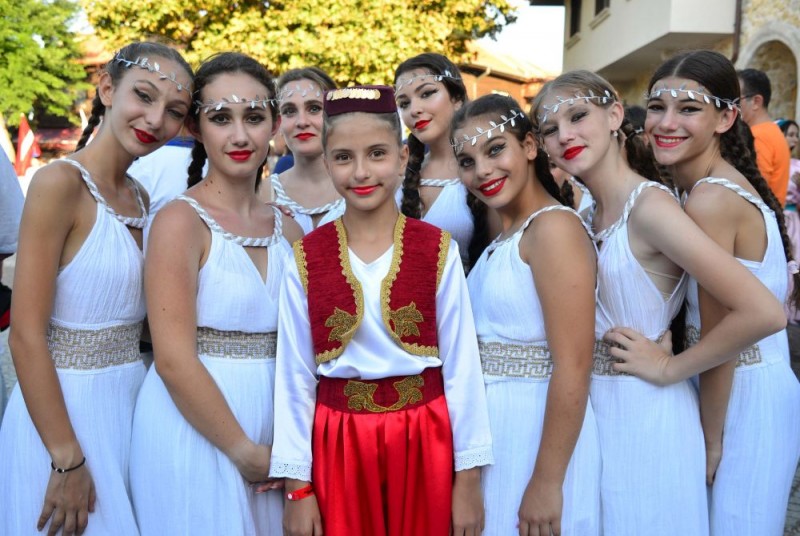 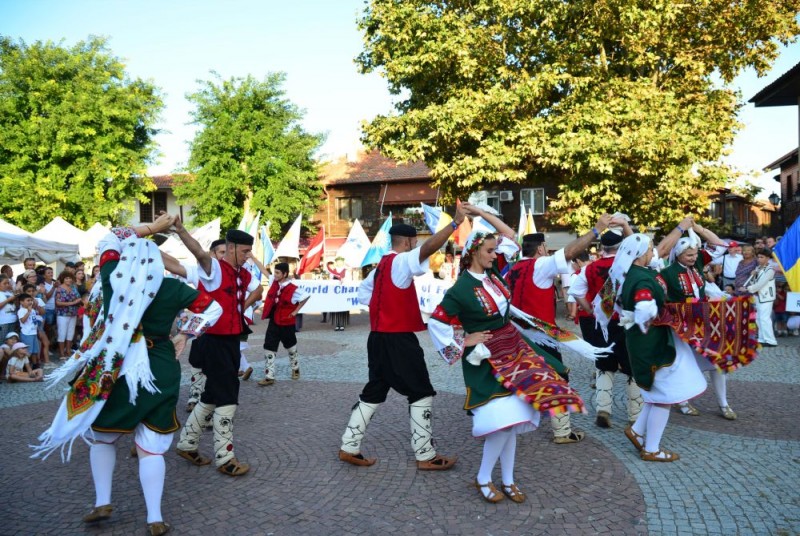 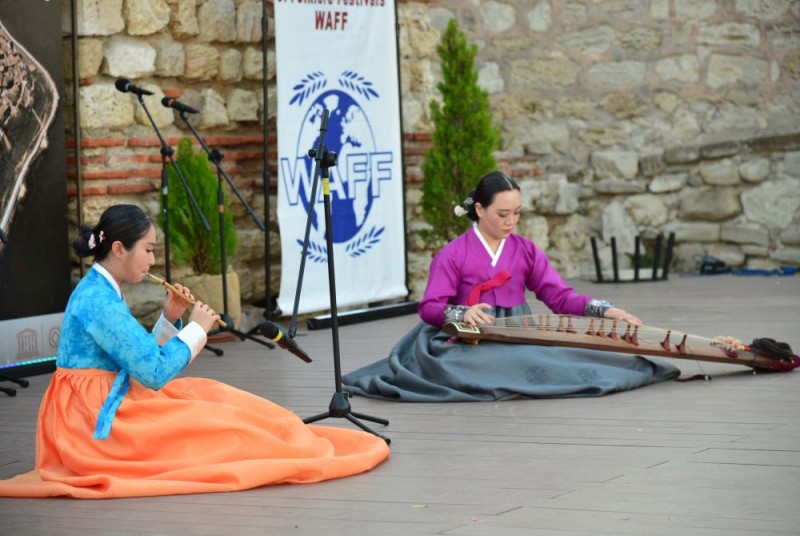 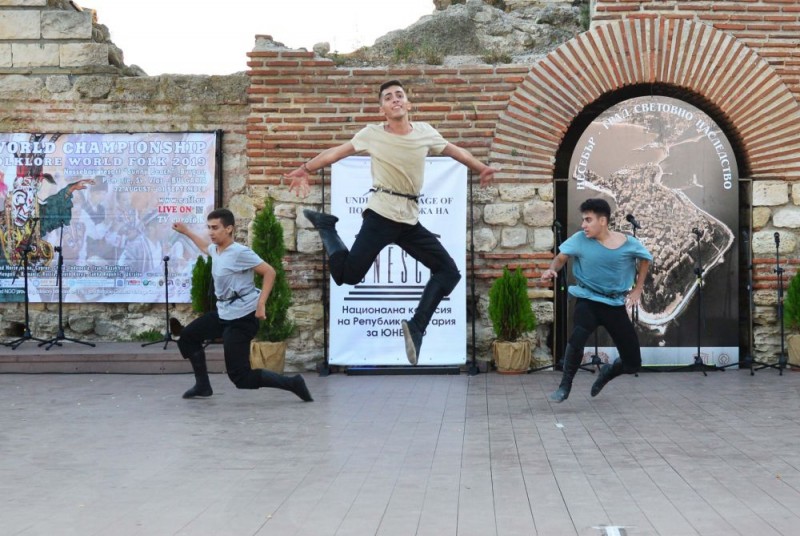 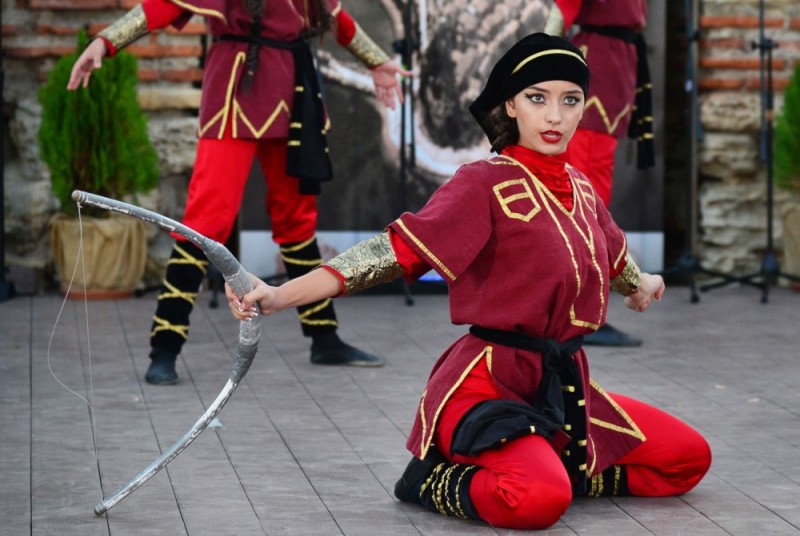 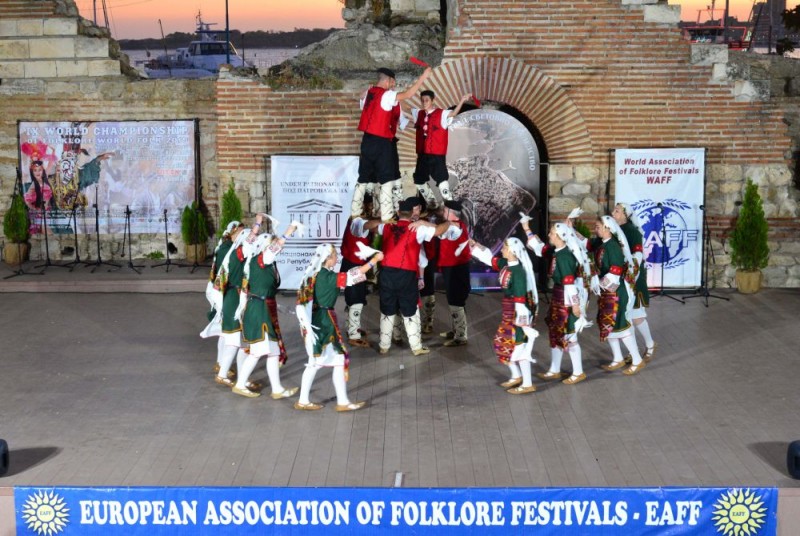 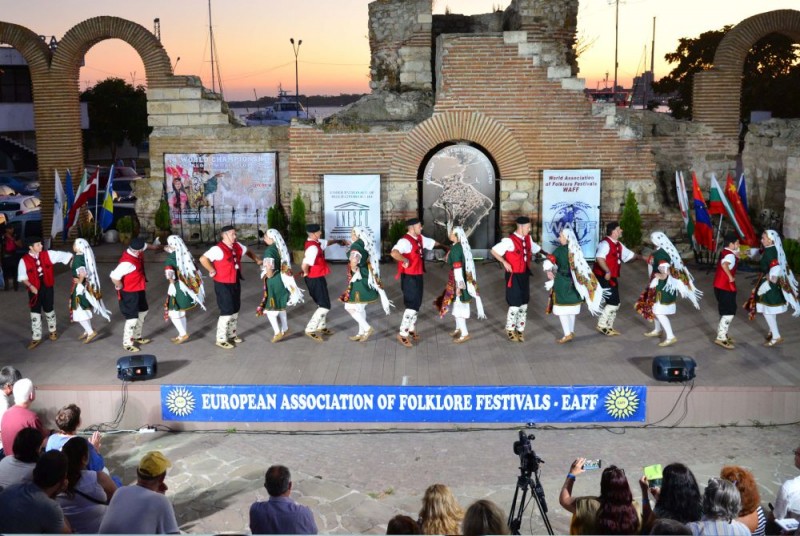 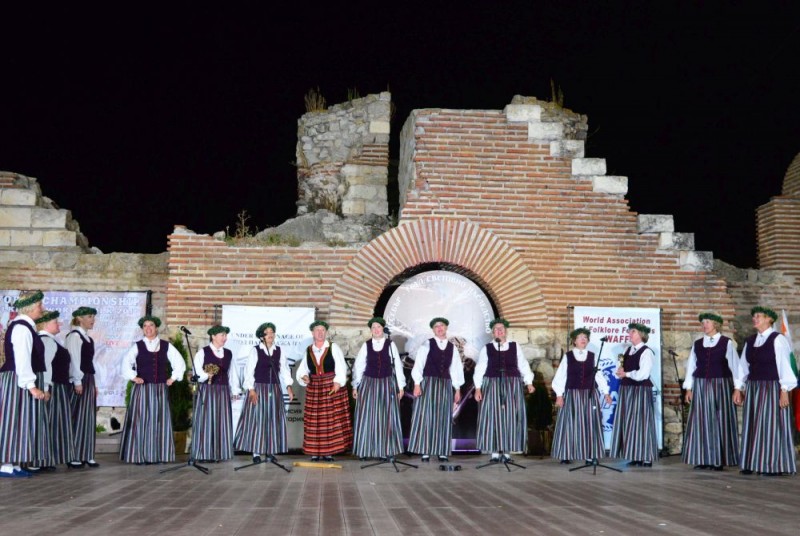 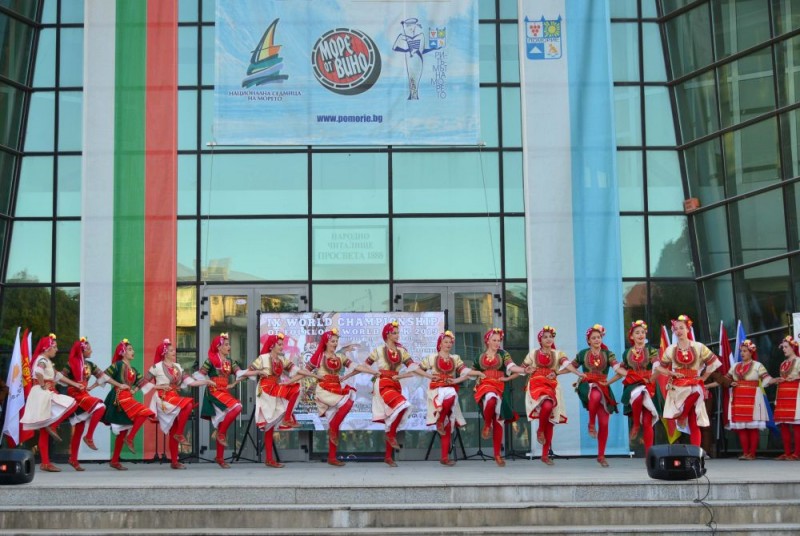 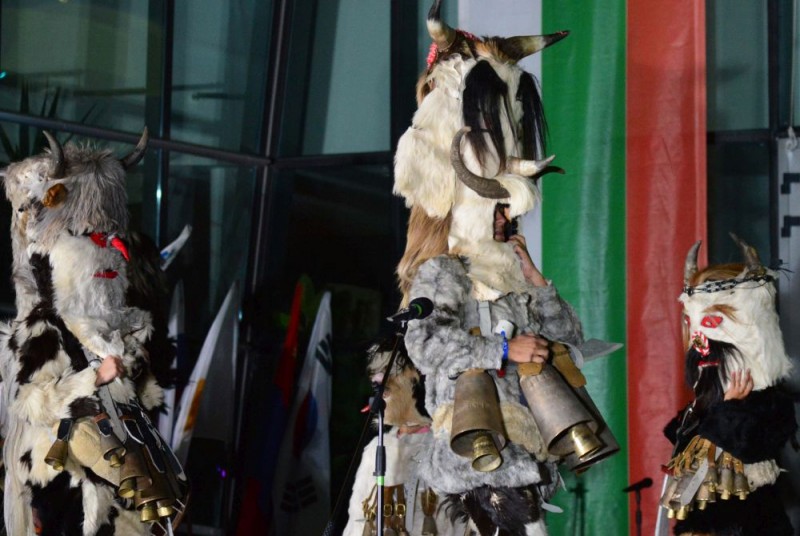